Earlier this month, I released a list of my top ten films of 2014. And I will reiterate: it wasn’t an easy list to make. The list changed dramatically with each film I saw because there were so many to sift through. I realize now that it is unfair to toss these films aside because they deserve a chance to shine on their own. What I have compiled here is another list of films, in no particular order, that either came close or were simply ones I had to wait for wide release. Without further ado, here are the runner-ups.

This Is Where I Leave You

I know some of you might be thinking, “Really?” But this film hit painfully close to home. The movie begins with Judd walking in on his wife sleeping with another man. Then, a little ways down the road, he finds out she is pregnant with his child – the last person he’d ever expect to have a baby with. Unfortunately, this is something that happened to me too, and this movie happened to be very triggering for me to watch. Yet, I adored it all the same. I related to Jason Bateman’s character almost immediately, and here he gives a tender performance in this ensemble comedy, along with Tina Fey in her rawest form yet. Though this wasn’t much of a hit with critics, I found it to be a very real portrait of a family coming together. Like life, it’s messy, tragic, and funny when it needs to be.

Flirting along the lines of magical and realism, Birdman tells the sad and desperate story of a washed-up actor determined to give one final hoorah before the curtain draws for a close. Using this seemingly simple set up, writer-director Alejandro Gonzalez Inarritu explores the hilarious cultural dialogue of Hollywood. It’s a clever satire on the nature of fame, franchised superhero films, and even poking a bit of fun at acting itself courtesy of a wacked-out performance by Edward Norton. Sure, it’s self-indulgent, but anchored by a fearless Michael Keaton, Birdman is rich, immersive, and hugely entertaining. And the film’s technical prowess is hard to ignore. Points certainly go to cinematographer Emmanuel Lubezki, who may be looking at his second consecutive Oscar this year.

The Theory of Everything 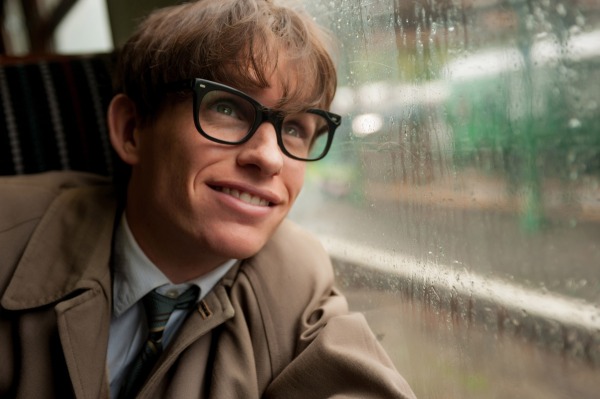 A Stephen Hawking biopic was inevitable. It was just a matter of when. For me, it was a matter of story. Can you make it cinematic? As it turns out, you can. Director James Marsh and screenwriter Anthony McCarten have crafted a moving portrait of a man struck by the circumstances of life. In it, they find numerous visual cues that propel the sheer genius of Mr. Hawking himself. Eddie Redmayne gives a fine performance using little to no words, relying solely on expression. It’s restricted, but like the film itself, it is wholly captivating. 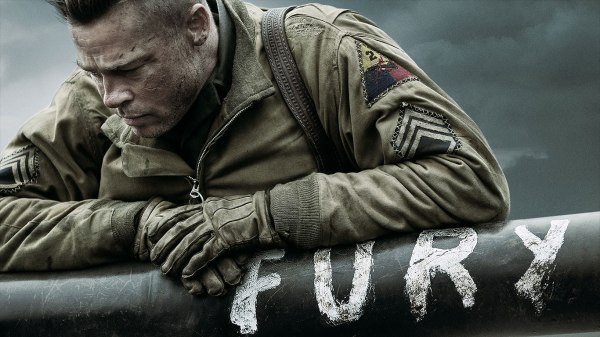 In a year dominated by comic book movies and franchise sequels, there’s something very refreshing about seeing a World War II movie thrown in the mix. Director David Ayer proves that there are still stories worth telling from that era, and he makes a bold statement with Fury. The film follows a tank crew as they plunge through the depths of war, which may sound like every other war film out there. But unlike Saving Private Ryan and The Thin Red Line, we get to know the world inside of a tank – something we haven’t quite seen in cinema before. And we are given a harsh lesson by Don “Wardaddy” Collier. That’s right, Brad Pitt’s character is named Wardaddy. Need I say more?

X-Men: Days of Future Past

I thought I loved X2. I thought I loved First Class. But man do I love Days of Future Past. This was the X-Men film we were all waiting for. It’s every bit as thrilling as an X-Men film should be, but it is emotionally powerful at its core. This one ranks among not only my favorite X-Men film out of the bunch, but also my favorite viewing experiences out of the year by far. If you didn’t watch that Quicksilver sequence with an audience, then I’m sorry you missed out.

Benedict Cumberbatch is a wunderkind of an actor. All one needs to do is watch an episode of Sherlock to understand the guy’s range. So it comes as a shock to see him all too often in supporting roles that afford him very little screen time. He deserves the legroom of a leading role, and he knocks it out of the park with The Imitation Game. He channels the mannerisms, the voice, and brilliance of Alan Turing. And he’s surrounded by a bevy of supporting players, all working on the same frequency. Keira Knightley and Matthew Goode are equally nuanced, and inject some fine humor in this surprisingly heartfelt film.

This criminally under-seen film (and heavily underrated) is a one-man show with Tom Hardy. He stars as Ivan Locke, a construction supervisor who, on the eve of the biggest concrete pour in the city, embarks on a long drive that will forever change his life. Months earlier, he had a one-night stand with a colleague, and she is now going into premature labor, forcing Locke to leave his duties as both a supervisor and a husband to take responsibility. Thus, he is literally risking everything by going on this drive, and what follows is a controlled demolition of the entire foundation of his world. This film haunted me in ways I did not expect, specifically when I’m driving, and I, too, start to wonder what my life will become at the end of the road.

We’ve all been waiting for Keanu Reeves to make a true action follow-up after The Matrix Trilogy, and he finally brings it with John Wick. The guy still knows how to handle a gun. If you want a full display of gun fu, I cannot recommend John Wick enough. The gun play isn’t just flashy as much as it is an extension of Keanu’s character. It’s thrilling and dazzling to watch these sequences unfold (the club shootout scene in particular is a wowser). The bad guys have incurred the fury of John’s wrath, and he delivers an Old Testament-style revenge. It’s swift, it’s violent, and a return to fine action form. Welcome back, Mr. Anderson.

Clint Eastwood hasn’t found his stride in a while, so it’s more than refreshing to see him truly inspired in a story. In this case, it’s the story of Chris Kyle, and he’s found a very capable leading man to not only bring the soldier to life, but to honor him as well. Bradley Cooper gives a performance for the ages, and fully immerses himself into the character. At times, I had to remind myself it was him. But Eastwood doesn’t solely rely on performance. He crafts a subtly affecting film that ponders the nature of war and its psychological repercussions. We see early on that Chris is determined to fight for his country, embodying the voice of patriotism. Later, he shepherds a fallen comrade, stowed away in a casket draped with the American flag. So we see not what this patriotism has given Chris, but what it’s taken away, bit by bit, until there’s not much left of a soul inside. This is the best dramatization of the Iraq War since The Hurt Locker, and it could give other Best Picture nominees a run for their money in the Oscar race.

A masterful work by Bennett Miller, this complex story about founding fathers and lost sons is a bleak observation on patriotism (a similar theme with American Sniper, though the similarities end here). Foxcatcher tells the story of Mark Schultz, an Olympic gold medalist stumbling on the path to greatness. Despite the medals he’s earned for his country, he is neither rewarded nor recognized. He’s isolated, living in an empty apartment and surviving on ramen. So when John du Pont offers Mark the luxury of his estate, he leaps for it. Unbeknownst to him, he and du Pont are the same men, isolated and desperate to feel wanted. What follows is their literal and emotional struggle to matter in a sport that’s only relevant once every few years. This is the most chilling film I’ve ever seen, one that ends tragically. Still, not enough can be said about the performances from Channing Tatum, Mark Ruffalo, and a career-changing turn from Steve Carrell. See it, if only just to watch these actors at the top of their game.