Comic book fans are still reeling from the whirlwind of footage shown at Comic-Con. Trailers for Suicide Squad and Batman V Superman undoubtedly stole the show, and the anticipation for DC’s long-awaited summer pairing is at a fever pitch. We now have a better glimpse at what Warner Bros. is trying to create. It’s grand. It’s demented. And my, is it perfect.

I’ll start with the new Batman V Superman trailer, which is still setting the internet ablaze. What’s truly startling is how the film seems keen on placing a heavy burden on Superman’s shoulders. We certainly have not forgotten his destructive showdown with General Zod, and neither do these characters. This already establishes a more interesting world for our heroes, a world we barely got a glimpse of in Man of Steel. This isn’t a world where you can get away with destroying cities. Someone has to pay. Someone has to be responsible. This is the ideal place to find Superman, and also an exciting way to relaunch Batman.

Last year’s outrage over Ben Affleck as Batman still amuses me. Because if one were to take a look at any of the films he directed, or his most recent turn in Gone Girl, even the vilest naysayer would agree that Affleck is a safe bet. The more I see him in the cape and cowl, the more I realize that the casting is spot on. He’s got a chin to end all chins, and enough bulging muscles to put Clooney’s batsuit to shame. More importantly, you believe that this Batman could put up a fight with Superman. The filmmakers are relying on Bruce’s rage to do the job and I gotta say, Batman looks pissed. (Side note: 2003’s Daredevil was not that bad. Affleck does exactly what the script demands of him. Think about that the next time you decide to blame one actor for an entire movie.)

Warner Bros. is not taking this battle between two icons lightly. Surprisingly, it looks like there’s still room for more characters. We get a better look at Gal Gadot as Wonder Woman and the results are glorious. In a trailer packed with so much testosterone, I’m glad Wonder Woman gets a moment to shine. I’m interested in what kind of narrative route the filmmakers plan on taking with her, considering Batman V Superman will introduce the character ahead of her own solo venture.

My one quibble in an otherwise spectacular trailer is Lex Luthor. He’s supposed to be Superman’s greatest arch-nemesis and yet this Luthor looks like he can hardly stand up to Supes. It’s no wonder Superman is kneeling in that pivotal moment. And I must say, Jesse’s line, “The red capes are coming,” is all too cringe-worthy. Call it a slight misstep, but I hope future trailers will showcase what Eisenberg is capable of as Lex Luthor. 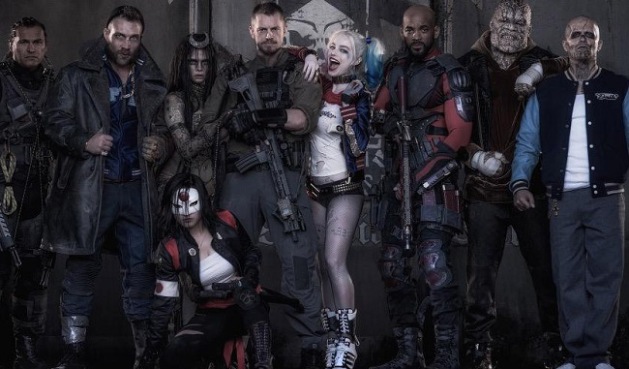 Now we make way for Warner Bros.’ other surprise for 2016 and without a doubt my most anticipated DC film, Suicide Squad. Much has been reported on DC’s supervillain team-up and yet little has been shown. This trailer seeks to repair that. Director David Ayer seems to have realized the demented potential of his deranged cast of characters. Harley Quinn is the big selling point. Lounging around in a jail cell, spun up and twirling, Margot Robbie visually captures Harley’s twisted playfulness. And she has a couple of one-liners to spare, proving that she may end up stealing the entire movie. Will Smith is the next showcase. Surprise, surprise, he’s got his shirt off, but it’s interesting to note that there’s none of Smith’s usual charm. His eyes are downcast and his attitude is downright bleak. This is his first villain role and I think he nails it.

For all of the trailer’s surprises, the biggest one came from Jared Leto as the Joker. In fact, the entire trailer was building up to it. Did I mention that a creepy cover of the Bee Gee’s “I Started a Joke” played the entire time in the background? You know, to make the reveal less subtle. “I’m not gonna kill you,” the Joker says, with maniacal enthusiasm, then stares dead into the camera with a growing smile. “I’m just gonna hurt ya, really, really bad.” Let me point out that the Joker is notably jacked up. He’s got better abs than Batman! His manic look sells a hell of a lot better in the trailer than it did as a tweeted image. Because it looks like they’re going for an action-packed Joker who still retains every bit of his twisted sensibilities. Leto has some big shoes to fill. After an 8-second glimpse of his take on the character, I gotta admit I am giddy with anticipation. 2016 cannot get here fast enough.

Peeks at these two upcoming films also makes you reconsider what Man of Steel was. It wasn’t just an origin for Clark Kent. It was a launchpad for the entire DC universe. Both Batman V Superman and Suicide Squad reference the son of Jor-El, proving that he had a bigger impact on the world than he initially realized. He awakened something, ushered in something wholly unprecedented. It’s the dawn of DC, and I don’t think any of us are ready for it. 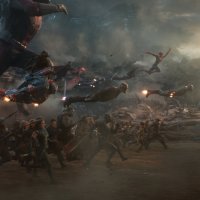