Summer movie season has come to an end. It’s been a season full of high-flying superheroes and long-awaited sequels (nostalgia is definitely trending this year), but there were a few unexpected gems along the way. Nevertheless, this summer provided a unique slate of movies that drew us to the box office time and time again. Here are my top ten favorites. 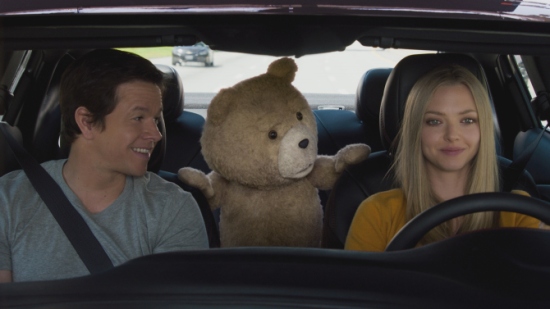 I’m probably gonna get a lot of grief for this one, but in all honesty I had a great time with Ted 2. Though it’s too long (and a bit too serious) for its own good, and the tangential humor this time around veers into hit-or-miss territory, every so often the film does hit a good stride. The Liam Neeson cameo had me bowling over in tears, and the homage to Jurassic Park looked like something right out of Half Baked. But nothing beats Mark Wahlberg’s ferocious commitment. His whacked-out performance proves that bantering with a teddy bear can still be funny if you’re willing the push the envelope. This envelope in particular contains a lot of dick jokes, and I don’t think Seth MacFarlane would have it any other way.

Melissa McCarthy may have earned the lion’s share of the praise, but for me, Jason Statham was the real star. This was his year, really. Coming right off the sizzling heels of Furious 7, Statham dove head first into this comedic gem of a role without blinking. Such goes on to demonstrate the surprising duality of Statham’s signature action persona. It fits like a glove in a straight-up actioner. But in a comedy, it’s a match made in heaven. I’m still reeling from his insanely quotable one-liners, all of which he delivers with a dead stare. I suppose he was bound to get parodied sooner than later. And who better to parody Jason Statham than, well, himself?

This film could’ve been a huge train wreck. Writer-star Amy Schumer has been on a hot streak as of late, so if anyone was bound to run her off the rails, it could’ve been director Judd Apatow, whose penchant for prolonged improv often stretches his films to a degree that it hardly resembles itself by the end (see This Is 40). So it comes as a surprise that Schumer managed to bring out the best in Apatow. It doesn’t hurt that Schumer’s winning screenplay functioned as a modern take on When Harry Met Sally. While the film could’ve used more Brie Larson (every film could use more Brie Larson), Trainwreck has enough supporting players to keep the laughs coming in spades. Even if you’re not a fan of Amy Schumer, the film has a lot to say about life and the relationships that enlighten, and darken, our journeys along the way.

Marvel’s latest arrived in the dead heat of summer, a time where the season’s biggest players have already wowed and worn out audiences. This didn’t afford much room for another hit at the box office. And while Ant-Man may have been a whimper for most filmgoers, the fans, however, found there was plenty to admire in this bite-sized comic book treat. There is something oddly charming about its small-scale ambitions. It’s the perfect contrast from Age of Ultron and an appropriate way to subvert expectations. This is Iron Man meets Ocean’s Eleven meets Honey, I Shrunk the Kids. If that description intrigues you in the slightest bit, then you’re overdue to see this film, even if it is to check out how insanely ripped Paul Rudd is.

A common pitfall with biopics is that they often glorify rather than analyze their subject. While that may be the case here, Straight Outta Compton is still a rousing piece of rap history that coaxes you out of your seat with your fist clenched high in the air. “Our art is a reflection of our reality,” Ice Cube says to a crowd of naysayers. What’s startling, then, is how relevant NWA’s music is today, because the issues they faced in the 80’s are still alive and breathing in 2015. The film may not offer much more than that in the way of substance, but the performances are so spot on that you might even mistake them for their real-life counterparts. O’Shea Jackson and Keith Stanfield in particular, as Ice Cube and Snoop Dogg, respectively, are among the film’s standout players. Take your pick. I wouldn’t be surprised if any one of them popped back up during awards season. 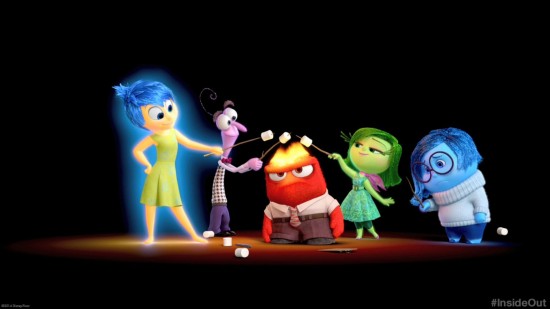 Pixar’s brand appeals to kids everywhere AND especially to those of us who grew up with Toy Story. Therein lies the question: can Pixar’s work continue to innovate and transcend from generation to generation? Every now and then, they make a pretty good argument, and their latest effort is their strongest case since Up. What’s truly impressive with Inside Out is the emotional terrain that it dares to venture, that of a kid discovering what it’s like to feel. The film acknowledges its sensitive subject and keeps things light with a delicate storytelling agenda. And the message, that it’s okay to feel, is so simple yet so profound that it ranks among Pixar’s best precisely because of its simplicity. Bonus points for inventiveness, charm, and for making me cry in a theater full of kids.

Age of Ultron kicked off summer movie season in a big way. Though it couldn’t quite surpass its predecessor, the film was still a worthy sequel that propelled the journeys of our heroes in a rip-roaring fashion. And there was still room to introduce more characters. Fan favorites like Quicksilver, Scarlet Witch, and Vision, along with a juicier role for Hawkeye, all of which were more than enough to overshadow the film’s faulty villain. Nothing personal, Ultron. Marvel still hasn’t quite figured out how to create a compelling standalone antagonist. They do, however, know how to up the ante. The thrilling Hulkbuster sequence was everything fans had hoped for, and the finale was the crème de la crème of any Marvel finale thus far. Joss Whedon, feel free to take a bow. 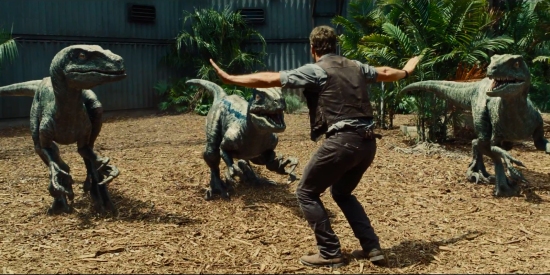 We’ve been toyed with the prospect of another Jurassic Park film for so long that most of us didn’t think it would actually happen. Even when we were two weeks away from the premiere, I thought it was too good to be true. “I don’t want to wait anymore,” young Gray Mitchell says as he arrives at the park, giddy with anticipation. Get in line, kid. So when the doors finally opened and John Williams’ familiar score filled the theater, I couldn’t help but shed a tear. I saw Jurassic Park for the first time when I was 5. And here I am at 23, watching Hammond’s grand vision come to life. Though it came at a cost (none of the main characters returned; Spielberg was only involved in a producing capacity; animatronics were put on the backburner in favor of CGI), Jurassic World was still an action-packed roller coaster ride full of thrills, spectacle, and Chris Pratt – who continues to prove that he’s this generation’s Harrison Ford. I have no idea where the franchise will go next, but childhood me is glad that it’s here to stay.

Mission Impossible is one of those rare series that gets better with age (the same could be said of Tom Cruise). No easy feat considering that most franchises fizzle somewhere in between the second and third entry. Rogue Nation is a bold attempt to not only exceed the gargantuan expectations set by Ghost Protocol, but to also revitalize the action genre. Most actioners now get away with so much CGI that they’re practically animated films peppered with live-action bits. But every once in a while, we’re reminded of what a true action picture should be. Rogue Nation is a series best for the franchise and a welcome return to its espionage roots, not to mention a star-making turn for Rebecca Ferguson, who holds her own in a testosterone-fueled narrative. Let’s not forget about Tom Cruise who, at 53, is doing things that actors half his age would shy away from. Whether he’s hanging off the side of a plane or whizzing by in a white-knuckle bike chase; Cruise goes for it. Now’s as good a time as any to call him the American Jackie Chan.

Fury Road isn’t just a great action movie. It’s a great movie, period. You don’t need to be an old-school fan to bask in its glory. You just need to be willing to take this plunge into insanity – a veritable Heart of Darkness with tons of fender-bending action thrown in for good measure. The film is really just one extended chase scene. It’s surprising, then, what director George Miller managed to achieve with such a simple set up. “We are not things,” the Immortan’s wives declare, offering but a peek into Fury Road’s subtext. Women are not breeders, the Warboys aren’t just an old man’s cannon fodder, Furiousa isn’t some servant, and Max isn’t just a hood ornament. These characters don’t settle for what this world demands of them; they break through these boundaries in their pursuit to find meaning, purpose, or more simply, redemption. But you don’t have to delve into this subtext to enjoy Fury Road. You can take it as a breakneck action adventure and still walk away satisfied. But the fact that a summer movie can have such depth is an achievement worth recognizing. I don’t know if an action movie has ever been nominated for Best Picture, but I believe we have a strong contender here. It’s that good.

There you have it. Mad Max: Fury Road is my pick of summer 2015. To be fair, each of the top 5 films circulated the number one spot. It was, after all, a very crowded summer. Of course, this is all just preference. What about you? What are your picks for the season? 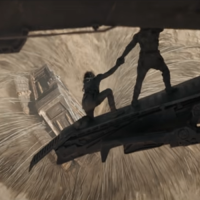