“I can do this all day,” Steve Rogers once said in the face of adversity. The words are a measure of his resolve and his unflinching determination to do the right thing. Rogers has indeed come a long way from holding a trashcan lid in that alleyway. Those same words get a nostalgic repeat in Civil War, but is tinged with loss and heartbreak. Because Rogers isn’t facing a bully anymore, but a friend. So what does doing the right thing mean if your own friend is in the way? Where do you compromise, if at all? And how long can you keep fighting until something breaks for good?

This moral strife is what makes Civil War so damn compelling, not just because of the conflict at hand, but because of how the movies that came before have effectively and tragically brought us to this. The lines were drawn in Avengers, and more astutely in Age of Ultron. This is the third Captain America film and while Civil War continues to test and resolve themes of friendship and loyalty, there are some lingering themes from Iron Man 3 (“We create our own demons”). This is a sequel for all parties involved. The last time we saw these characters in a room was at the Avengers tower, mingling and joking about who’s worthy. The gang’s all here, and the party is over. 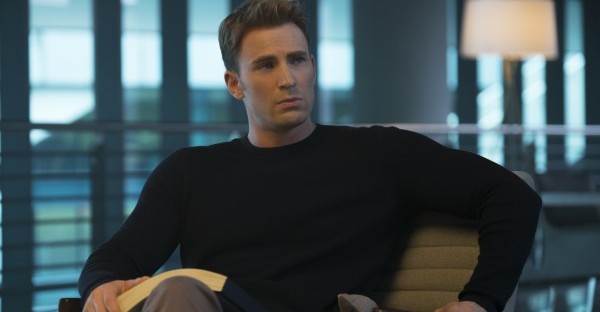 The film opens with an Avengers mission that takes a tragic left turn, resulting in an accidental explosion (the last minute maneuver by Wanda, in an attempt to thrust the bomb into the stratosphere, is undoubtedly a callback to Age of Ultron). This, on top of the lives lost in New York, D.C., and especially in Sokovia, makes it pretty clear that the Avengers need to be held accountable for their actions. They may mean well when it comes to chasing bad guys across the globe, but at what point does it become unwarranted aggression, or worse, seen as an invasion? To some, they might as well open up a wormhole and call themselves the Chitauri.

If Winter Soldier‘s plot centered on insight in the guise of national security, then Civil War deals with the question of oversight and what it means for a group of super-powered individuals. For Cap, it means surrendering their freedom – a concept that has become progressively more important to him after the events of Winter Soldier. It was Cap’s natural-born freedom that allowed him to function as an individual who just wanted to do the right thing (a brainwashed Bucky being the other side of that coin). To him, freedom needs to be upheld as much as it is valued in order for the Avengers to function properly. Now, much can be said about his shield-throwing abilities and his strength, but Cap’s true super-power is his morality. His moral ambition is what makes him Captain America, and for the first time we see how naive that makes him as a person. He is someone who is unwilling to compromise, which is admirable. But it also makes him dangerous.

I could watch Steve and Tony hash out their ideals all day and not only because of the sheer nuance of their shared scenes, but because of how thematically rich these conversations are and how increasingly selfish their agendas become. Tony being selfish is nothing new because he’ll always be a lovable narcissist. But to see Steve acting so bluntly, or being so callously withholding, is exciting new territory because he no longer has the moral high ground. Civil War does the impossible. It makes these characters human again. During such philosophical debates, Steve is often shown sitting down. This aids in seeing both him and Tony as equals in size. But in these scenes Steve is also torn, and I swear we can see him just as wounded and helpless as he was when he tried and failed to sign up for the army.

Civil War succeeds because it puts character first, which is surprising considering the dizzying  plotlines that directors Anthony and Joe Russo are juggling all at once. They’ve given both Captain America and Iron Man a movie while also opening up the film’s canvas for familiar faces. Not to mention weaving the introductions of two new characters. Black Panther gets the royal cinematic treatment by actually being given an arc. His is a pursuit of revenge, but a complex one at that. Without giving too much away, T’Challa is at the center of one of the film’s many emotional gut punches. It’s a quietly devastating moment that immediately puts the audience in his corner. 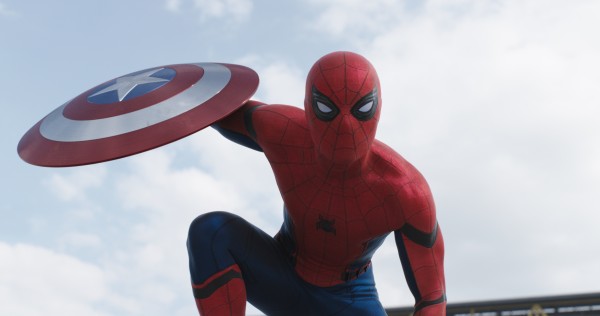 Then there’s Spider-Man. It could’ve been so easy for the writers to carelessly throw Spider-Man and Black Panther in like other ensemble superhero films (I’m looking at you, Batman V Superman). But the film withholds them until they become relevant to the story and its themes. Black Panther is introduced in parallel with the film’s villain, Helmut Zemo, because their pursuit of vengeance is motivated and mirrored by the other. Peter Parker gets his due screentime just as Tony Stark is losing sight of his own values at the end of a very long road. Peter, early in his crime-fighting career, is so eager and green that Tony can’t help but admire him and his total lack of experience. The film pokes fun at Spidey’s inexperience and reminds us just how fun and refreshing that can be when you’re squaring off against seasoned superheroes.

Civil War features the most epic superhero smackdown ever. At an empty airport of all places. Turns out there’s a lot of fun to be had when you’re not worrying about innocent bystanders. The Russos remind us that action can be gritty, colorful, and coherent (still looking at you, BvS). It’s a grand technical feat that’ll have audiences drooling. Whether it’s a clever quip, an inventive use of abilities, or the jaw-dropping choreography on display; virtually everyone gets their moment to shine. Hell, some even manage to steal the spotlight for a few more seconds. The sequence is much smaller in scale compared to the final acts of both Avengers films, but that doesn’t stop it from being the most entertaining out of the three.

In the film’s home stretch, Civil War doesn’t try to get any bigger but instead becomes much more personal. I have to take a moment to single out the film’s villain, Helmut Zemo, though he’s not actually a villain. His motive, as it turns out, is painfully human. Zemo acknowledges that he has no superpowers. He’s just a man who lost something, and in the context of the film it makes for an astonishingly sympathetic character. He’s not out to destroy or conquer the world. He’s not out to kill the Avengers. He just wants to tear them apart. And Zemo is all the more sinister for it because he actually succeeds in his plan.

Zemo gives the Avengers just the right nudge that they, in turn, create the rift for themselves. It all hinges on a secret that crushes any hopes of this conflict ending anytime soon. That’s the most heartbreaking part about Civil War. Both Cap and Iron Man have valid arguments and you can see where the other is coming from. But Tony and Steve cannot. Logically, the solution is simple. Emotionally, however, it’s far more complicated. I never thought I’d disagree with Cap’s actions, but I do. I certainly never thought the filmmakers would be brave enough to deconstruct the MCU. But they did. I have no idea how Marvel will pick up the pieces from here and I have never been more excited by the prospect.

Upon walking out of the theater, I overheard the people in front of me discussing which is their favorite Marvel film now that Civil War was in the mix. In the midst of their heated discussion, they agreed that they’d have to see it again to truly decide. I liked where their heads were at, but it got me thinking. Is Civil War the finest Marvel movie to date? Why yes, I think it is.

6 thoughts on “‘Captain America: Civil War’ Review: A Superhero Smackdown for the Ages”