You’d be hard-pressed to recall any band that made it beyond the Warped Tour circuit in its heyday. A launching pad for groups like New Found Glory, Yellowcard, Fall Out Boy, and My Chemical Romance, the challenge has always been finding relevance in the mainstream. Both Yellowcard and MCR have disbanded, while New Found Glory and Fall Out Boy have managed to survive in a radio climate that favors EDM and big name stardom (NFG owed in large part to their loyal fanbase, while FOB being fortunate to have broad appeal). It’s do or die, and Paramore is no stranger to the credo.

A Warped Tour darling and a chart-topping success story (one that resulted in a Grammy), Paramore faced quite the herculean task when it came to making their fifth studio album –reinventing themselves yet again. If their self-titled effort was all about experimentation (with Still Into You and Ain’t It Fun as stylistic markers), then After Laughter is about refining, and Paramore sounds more confident and bubbly than ever. At a time when people are looking for reasons to apply their eyeliner again, Paramore encourages its listeners to ditch the scowls and gleefully skip across town. If their lead single, “Hard Times,” was any indication, it’s hard to not want to follow their lead.

A synth-y and, dare I say, tropical dream reminiscent of ‘80s new wave, “Hard Times” is a bold and inventive heralding of this entirely new era. With drummer Zac Farro back into the fold, the change in sound is appropriately a rhythmic one, Farro bringing in his artistic sensibilities from his side project HalfNoise. Both “Hard Times” and “Told You So” serve as distinct departures, veering the band comfortably into pop-rock territory. Fans need not fret over the shift in aesthetic; Paramore embraces pop as a musical vibe, giving them the latitude to utilize all sorts of tricks in their newly revamped toolkit.

“Rose-Colored Boy” is a stylistic throwback to Cyndi Lauper, while “Forgiveness” is a gentle and buoyant power ballad in the vein of John Waite and Naked Eyes. Equally striking about the sheer number of influences embedded in the first four tracks is also the countermelodies courtesy of guitarist Taylor York. Trading in the headbanging riffs for colorful arpeggios, York has found clever ways to texturize and layer what we’ve come to think of as Paramore’s trademark sound. Just when you think a song can’t possibly get any catchier, there’s always another melody to lose yourself in.

“Fake Happy” is destined to be another single and sounds like something right out of a John Hughes coming-of-age tale. The entire album could be described as such: an homage to an era in which music was largely the platform to express oneself, soundtracks serving predominantly as a movie’s emotional backbone (see literally any John Hughes movie). “26” is the millennial anthem we’ll be singing for years to come, Hayley accompanied by a sorrowful guitar. Die-hards will take note of the lyrics harkening back to a fan-favorite (hint: it’s “Brick by Boring Brick”). Again, fans need not worry. After Laughter may be a departure, but it’s not something completely unexpected; they’ve dipped their toes here before with previous singles like “Crushcrushcrush” and “That’s What You Get,” only they’re diving deeper.

“Pool” is yet another soon-to-be single (let’s just assume every song is fair game for their next single), one that bathes in Hayley’s shimmering vocals, while “Grudges” is Paramore’s answer to The Cure’s “Friday I’m In Love.” Hayley’s vocal work is notably more subdued than she’s ever been, a nuanced portrait of where the band is at this moment in time. Paramore is no stranger to rifts, having lost the Farro brothers prior, and most recently losing bassist Jeremy Davis, in which they were entangled in a lengthy legal dispute. This album, believe it or not, might just be their bleakest one yet. For all of the catchiness embedded into “Hard Times,” it’s a song about navigating rock bottom (All that I want/Is to wake up fine/Tell me that I’m alright/That I ain’t gonna die); “Forgiveness,” essentially a song about being unable to forget; and “Grudges” is about mourning lost time. Paramore may have gotten startlingly close to disbanding, but they seem to find themselves at the edge of oblivion.

With both York and Williams sharing song-writing duties, they’ve channeled a lot of the frustrations beset upon them over the past year. Instead of letting such experiences dwarf them, they demonstrate an unflinching willingness to move on. There’s a keen juxtaposition in how the album is composed. Tinged with every bit of sadness, angst, and grief, they’ve chosen a more hopeful outlook to their circumstances. “Caught In The Middle,” (dabbling in the ska-inflected roots of No Doubt) captures the determination to continue in the face of overwhelming pressure to quit; “Idle Worship” chronicles the struggle to maintain that face in the spotlight of fame, and “No Friend” is an extended outro and by far the strangest song in Paramore’s oeuvre, benefitting immensely from MewithoutYou’s Aaron Weiss, whom Williams is an outspoken fan of.

“Tell Me How” is perhaps Paramore at their most mournful (Of all the weapons you fight with/Your silence is the most violent), a track detailing the anxieties of dissolution characterized by a subtlety that makes it the perfect closer. Only Paramore can make drowning in melancholy a wonderfully good time. Reinvention is no easy feat, yet Paramore has always been more than up for the task, resulting in increasingly ambitious albums one after the other. It remains to be seen how After Laughter will stack up in terms of their discography. Nevertheless, After Laughter proves that adversity doesn’t have to be about tying yourself down to the masts or weathering the storm; you can just as well take pleasure in dancing in the rain. 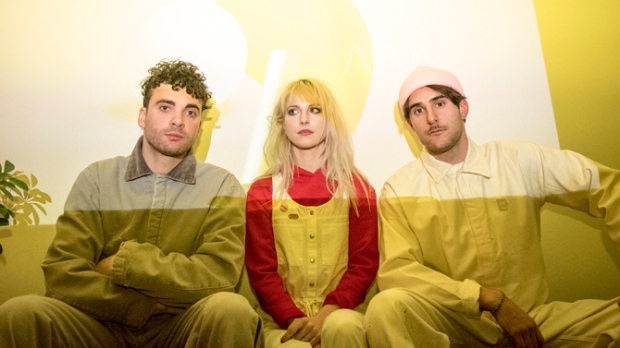 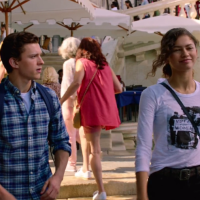 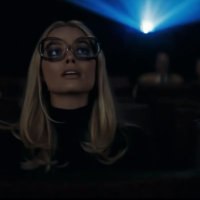