That Black Panther exists is a dream come true. It’s progressive from concept to execution: our first modern black superhero, one supported by a cast of women, and contextualizes discussions of race, exclusionism, and cultural responsibility at a time of profound nationalism and political divide. One could argue that Black Panther would’ve been a success no matter what, but the fact that the film chooses to say something so pivotal about the world is what makes Black Panther Marvel’s strongest movie to date. T’Challa may need his strength taken away to prove his worth, but director Ryan Coogler and his crew flex their strengths as filmmakers to showcase the storytelling wonders of representation.

The film beginning in Oakland feels exactly as intended. Just a few stops away lies the train station where Oscar Grant was murdered by the BART transit police – the subject of Coogler’s debut, Fruitvale Station. It’s also the birthplace of the Black Panthers, the political party whose name mimicked the comic book character following his debut months before. This is the kind of historical context knowingly embedded in Black Panther and plays out in a crucial opening scene between T’Chaka, then ruler of Wakanda, and his agent-turned-radical brother, N’Jobu. One believes in the self-preservation that maintains relative peace, while the other vies for liberation by way of revolution. What happens in that apartment affects all.

Black Panther may be a solo venture, but this is an ensemble movie through and through, a potential Marvel is beginning to realize apart from another Avengers crossover. It’s hard to knock on Marvel’s overriding Avengers formula, especially when that formula works. Perhaps it was Shuri who said it best: “Just because something works doesn’t mean it can’t be improved.”

T’Challa is surrounded by capable characters and the film uses a narrative hand-off that allows them to shine. Nakia, introduced as T’Challa’s ex, carves a path for herself as an agent with agency and firm beliefs of what Wakanda can do. Okoye, leader of the Dora Milaje, is more than a bodyguard and fiercely loyal to the throne. (When T’Challa is briefly indisposed during a chase, Nakia and Okoye continue their pursuit knowing very well he can take care of himself.)

T’Challa’s sister establishes her own identity as a tech-wunderkind with gadgetry and wit to make Tony Stark blush. Shuri garners the lion’s share of the laughs at her brother’s expense – one of my favorite things about the film. Civil War establishes T’Challa as regal and composed, but the moment we meet his inner circle in Black Panther, he is berated constantly. Civil War, as it turns out, was a fine prelude to Black Panther because there are dividing lines between characters that only grow deeper when the villain arrives and turns their world upside down.

On the one side, you have tradition. Okoye and T’Challa are deeply rooted in their traditionalist values, their empathy limited to Wakanda’s borders. They know where they come from which in itself is a privilege. They have knowledge and access to their culture, whereas the reality of the African diaspora is that they have been robbed of their home. T’Challa grew up hermitically sealed in the Afrofuturism of Wakanda. He believes it is his duty to keep Wakanda a secret, unaware of the suffering of others, or worse, knowing their struggles and still hiding behind the veil of a third-world country.

Then there are the innovators. Shuri’s technological genius hints at Wakanda’s meteoric potential. She sees vibranium as something other than a weapon; it can provide. Nakia, too, believes Wakanda is doing a disservice to the world by retreating deeper into their isolation despite their abundance of resources. As the old superhero-adage goes: With great power, comes great responsibility. In the socio-political context of Black Panther: what is the duty of the powerful to the oppressed, the marginalized? Does responsibility weigh heavier when you attain wealth and means? And how noble can you truly be if you choose to ignore the plight of your own people?

Killmonger is that responsibility come knockin’. He’s fueled by entire generations asking why? Why didn’t Wakanda intervene when it has the means? Why didn’t Wakanda lead by example? If that sounds like the pangs of an abandoned child, that’s precisely the point. It was T’Chaka who killed his father, who robbed him of his attachment to Wakanda and thus, his identity.

We create our own demons. A reflexive point made in Iron Man 3 and the new superhero-adage this side of the Marvel spectrum. Killmonger is the product of Wakanda’s isolationism, the forgotten child of the Promised Land. He was forced to identify with the suffering of the African-American experience, which is why he vies not just for personal retribution, but Black retribution. (When Killmonger is briefly reunited with his father on the spirit plane, the two share a particularly earth-shattering exchange regarding home and lost souls.) His righteous anger feels much more tangible than the promise of a utopia, which is why Killmonger does something Marvel villains seldom achieve: he wins the ideological battle.

Killmonger’s identity forces everyone to evaluate who they are and their place in the world. W’Kabi, T’Challa’s best friend, believes in strengthening Wakanda’s borders until Killmonger appeals to his desire for vengeance; Okoye is torn by her loyalty to the throne and her vows to defend whomever sits upon it. Nakia has the same beliefs as Killmonger in the sense that Wakanda can do more, just not in the same means. Shuri, too, has to contend with Wakanda’s advanced weaponry, enlisting the help of CIA liaison, Everett Ross. Some might groan at the irony knowing full well that the CIA has meddled with Africa’s politics over the last century, but Shuri and Ross’ brief team-up represents the middle ground that can only be made possible in the face of a common enemy.

T’Challa essentially has to meet his adversary halfway. He knows Killmonger is justified in his quest for liberation. He’s only wrong in the violent means he hopes to achieve that end. It’s self-preservation versus cultural responsibility. Because what would’ve happened if Killmonger had a father in his life? What if Wakanda stepped down from its self-serving platform and stood as a guiding light for African communities the world over? What if drives the conflict to everybody’s doorstep, thus warring factions and ideologies have to meet. Hell, even M’Baku meets T’Challa halfway. Everyone has to fight for the future, though it’s not Wakanda’s future in question, but everyone else on the periphery.

T’Challa’s landfall in Oakland doesn’t end racism, nor does his speech at the United Nations reverse centuries of colonialism. That would be too fantastical, even for a superhero movie. Black Panther, instead, does something quietly remarkable. Wakanda vows to end its isolation policy and open its doors to the world – echoing Tony Stark’s declaration as Iron Man nearly a decade ago. Marvel has grown from indulging its cinematic universe. They’re beginning to realize each film is an opportunity. A chance to move forward, to change, and above all, represent. Coogler and his equally talented crew bore a responsibility in the telling of this story. They made it mean something not just for comic book fans, but for an entire community.

The strength of Black Panther is that everyone has an arc. Everything has its depth. I can’t stop thinking about Shuri’s ingenuity, the same way I’m in awe of the Panther costume and its meditation on unmitigated violence: the suit absorbs the bullets and impact from opponents and T’Challa, in turn, uses that harbored energy to pacify his enemies. Sure, we can get into the movie’s flaws, yet that almost feels beside the point. Black Panther is a celebration of Pan-Africanism, an acknowledgement of the years they’ve been excluded in film, and a promise to kids in communities all over that this massive superhero craze is now theirs too. “Can you believe that,” Killmonger says, “a kid from Oakland running around believing in fairytales?” I think we can.

3 thoughts on “The Strength of ‘Black Panther’” 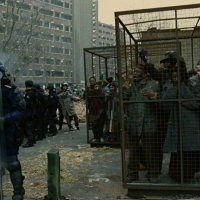 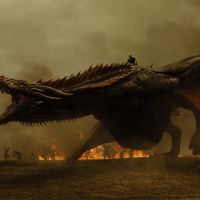 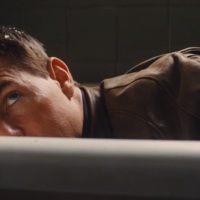 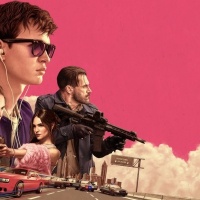 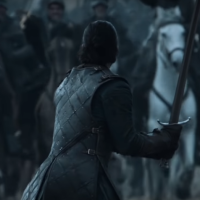 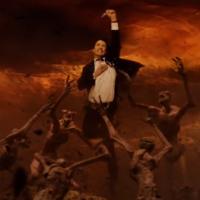