What is it about bathrooms that make for great set-pieces? Toilets, sinks, soap dispensers, and hand dryers don’t exactly scream action, but easily broken ones sure do! (At least you know it’s gonna be a clean fight.) Whoever made these flimsy bathrooms either really suck or are low-key geniuses. Mission: Impossible – Fallout has been promising the mother of all bathroom fights so, to prepare, here are some epic cinematic toilet tussles that Fallout will have to live up to. I mean, shit literally goes down. Excuse the cheap pun, it’s been a really shitty week. That was the last one.

Say what you will about BvS… no seriously, go ahead. The one thing I can tip my hat to is the film’s fight card. It’s every bit as hard-hitting as we’ve ever seen superheroes go at it (at least up until that point), given an extra thud by Hans Zimmer’s pulverizing score. You’d be hard-pressed to remember that in the middle of this excess manliness, Bats and Supes end up in a bathroom. It’s a curious place to have a half-time moment, but it affords the kind of low-level carnage that sells how personal this is. Supes thrusts Bats across a row of stalls; Batman beats Supes with a sink. The only thing missing is Cavill reloading his arms. I’d like to say this is the most super-powered bathroom fight, but judging by the mayhem in nearly every bathroom fight, everyone turns into a superhero. Sidenote: between BvS, Man From U.N.C.L.E., and now Fallout, what is with Henry Cavill and bathrooms???

9. Jack Reacher Vs. The Two Stooges

Fallout’s heavy hitters get an early start on this list. Jack Reacher marks the first time Christopher McQuarrie and Tom Cruise paired together as writer-director and star. Two burly but wildly incompetent hitters get the jump on Cruise’s Reacher. All too eager to get the job done, the two stooges come stumbling in and swinging wildly, hitting everything in the bathroom but their intended target – a wonderfully comic sequence that feels like something out of Buster Keaton. (Also, whoever grouted that bathroom did a TERRIBLE job.) Revisiting this film, you can clearly see the makings of a fruitful collaboration, of a director and star with similar sensibilities to capture action in camera and do so coherently. (You can turn off the sound and still get a kick out of the scene.) And to think, the next film they did together McQuarrie hung Cruise out of an airplane.

8. The Bourne Ultimatum – Throwing In The Towel

I prefer my fights Jackie Chan-style: wide angle, few cuts. Paul Greengrass’ take on the Bourne series is astonishing in how he uses rampant cutting to amplify intensity. Each frenetic turn, tilt, and shake ratchets the tension, and Greengrass perfects the technique with this show-stopping scene in Ultimatum. There’s no music here, just heavy breathing and fists making contact. This immerses us in the headspace of two characters trying to harm and disarm their opponent. Bourne proves his sheer resourcefulness, first beating Desh with a book, and later, disengages Desh with a hand towel. And to think, we dry our hands with towels while this motherfucker uses it like nun-chucks. It’s among the most efficient fights on this list (literally if you blink you miss half the fight), but my does it pack a wallop.

The openers of Daniel Craig’s Bond films got suitably bigger and more ambitious, but it’s this intro I keep coming back to. James Bond had long been the ultimate spy fantasy. We got so caught up in the Aston Martins, the gadgetry, and the next Bond girl that we never contemplated the psychology of a man who, basically, serves as a glorified assassin. Not even once did we consider the toll that a body count would take on the soul. We start to see what that’s like through Bond’s first kill in a harrowing bathroom sequence. Bond and his target duke it out, shoving through stalls, breaking mirrors. But it’s the zeroing in on Craig’s face, on his eyes – the light beginning to fade, and a darkness taking shape. This, shot in picturesque black & white, no less, showcasing with blunt authority that no one is born a killer; you ostensibly become one.

Unleashed is a little-known Jet Li film. Li stars as a man who’s been trained as a dog for his entire life, serving as an enforcer for a ruthless loan shark. It follows the basic escalating martial arts set-up, of fights that grow in frequency leading to the biggest badass of them all. Li’s newly liberated self takes on a rival going by the designation, “The Stranger.” Stranger tries to bring Danny to heel, and the two go at it. When I say go at it, I mean GO. AT. IT. Li’s choreography has never been more brutal, showing off the speed and power of a star in his prime. The hand-to-hand combat just doesn’t let up, not when they’re squeezed in the insanely close-quarters of a half-bath, Danny and the Stranger kneeling, squeezing in the tiny space and still trading blows. It’s painfully claustrophobic, but no less exhilarating. Did I mention that Jet Li bites, too?

I’ve only seen David Cronenberg’s Russian gangster pic once and it’s still carved into my mind. Cronenberg NEVER shies away from violence, how real and puncturing it is. Viggo Mortensen’s Nikolai lures two Chechen hitmen into a bathhouse, and what follows is perhaps the most visceral, certainly the most graphic fight on this list. Cronenberg achieves this brutality by way of restraint. If you’ve seen Saw you’ve seen worse, but Cronenberg doesn’t glorify the kill or the violence, only the horror. There’s nothing stylized here; these characters are out to murder one another, and Viggo is, yes, naked. (It is a bathhouse after all.) He’s as vulnerable as anyone can be, and perhaps that’s why we can’t look away. Every hit, every cut feels fatal. I’ve never considered myself squeamish, but this clip still got me wincing, gasping, and nursing imaginary wounds on my body. Call me old-fashioned, but if the man you’re sent to kill is naked, at least let him get dressed first. That should be the first rule.

4. The Matrix – Fishburne & Weaving Throw Down

Compared to how wildly audacious the sequels were, I appreciate how contained the action is in the first one. This sequence in particular, Neo and Trinity are trying to escape the clutches of Agent Smith, and Morpheus sacrifices himself so they can. It doesn’t mushroom into an even bigger set-piece where you can’t recall where you started like in Reloaded; here, it starts and ends in one interior location. With the decayed and rundown aesthetic of the bathroom, the ensuing fight feels movie-monster sized. (Batman and Superman are fighting in the same building, probably.) There’s something oh so satisfying about 2 dramatic actors holding their own in hand-to-hand combat. Up until this point, we’ve been told how formidable agents are, and how mighty Morpheus is. We finally see them go at it, with plenty of martial arts finesse to go around. Fun fact: I’ve tried numerous times in my life to get up the way Smith does at 1:19, to no avail. One day, I will.

Edgar Wright’s sci-fi mashup is criminally underrated and infinitely enjoyable. This scuffle at the Cross Hands, in which the gang faces their generational counterparts, is pure madcap. Hands out, reaching for their faces, the robots attempt to subdue Gary and his merry roundtable. (Needless to say, their hands are very cross.) The sequence conveys how utterly childlike the men are and perhaps have always been. The blue ink on their hands, the limbs coming off the robots like action figures. Each of the 5 are stunted in their own way, and over the course of the night they reclaim unfinished business. (Btw has Nick Frost ever considered wrestling???) The fight is disguised to look like one relentless take. Cinematographer Bill Pope, who also shot The Matrix, covers this scene like crazy, capturing the sheer fun and frenzy of inebriated men engaged in hilarious fisticuffs.

I will never not be impressed by what Gareth Evans achieved with The Raid. It’s the action junkie’s wet dream. This sequence here is a spectacular teaser for the series’ growing ambition. Having survived the first film, officer Rama is tasked with another insane mission – go to prison as an undercover and befriend the son of a major crime boss. Rama, now Yuda, gets a fresh inmate welcome in what looks to be the prison’s only bathroom stall. (I’d be rowdy too if someone was taking too long.) Yuda takes on hordes of criminals in an all-out brawl, one by one risking bones and groin injuries all for a piece of him. This is the most epic close-quarters combat I’ve ever seen. Gareth Evans maneuvers the camera in and out of the stall, giving us front-row seats to Rama’s insane combo-carnage. Indonesian action cinema is operating at an entirely different level. Action connoisseurs, enjoy.

And the best bathroom fight goes to an underrated 1994 spy-flick. This is essentially James Cameron’s Bond movie with a domestic twist. Arnold Schwarzenegger’s Harry is a covert counter-terrorist operative. He’s also a family man, thus he has to balance his secret agent duties with the responsibilities of being a husband and a father. As the setup dictates, Harry’s obligations complicate when a terrorist cell follows him back to the homeland. Harry leads them to a bathroom confrontation, and cinematic heaven breaks loose. This is the epitome of ‘90s action: imposing Terminator-sized figures, the easily pliable appliances, the signature gun slide, the John Woo-no-reload mentality, and a one-liner thrown in for good measure. This scene practically laid the vocabulary for bathroom fights that would follow. You can glean a lot of similarities to the sequence in Fallout, the layout, the straight up mayhem. I wouldn’t be surprised if Cruise and McQuarrie used this as inspiration.

Bathroom fights are a curious action-movie cliché, but there’s a reason why the trope endures. It forces characters to rely on their wits and surroundings. Thus, a license for filmmakers to get creative with what characters can do in contained spaces. Sure, some fights are less memorable than others, but it’s the truly inventive ones that prove to be sublimely entertaining.

Cruise and Cavill, no pressure.

Update: Having seen Mission: Impossible – Fallout, I can confirm that the bathroom fight straight-up rules. There is no music, just the hardcore sounds of fists, grunts, tiles and glass shattering. (Also, Tom Cruise’s Keysi moves are 👌) Based on a first viewing, I would rank Fallout’s bathroom fight safely at number 4, meaning Batman V. Superman gets edged out completely. I don’t think anybody – not even Henry Cavill – will have any complaints about that.

📘 The Dark Side by Jane Mayer 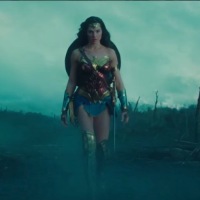