I live for the movie moment – the one scene where everything sings, soars, makes us speak in mad allusions. They’re happening all the time. Characters may literally break into song, or actually take flight. No matter how cheesy they might seem, the truly memorable ones tend to find you when you need them the most.

2018 is somehow both rapidly winding down and not even close to being over, because my do I still have a lot of film-catching up to do. This year was so stellar that it broke my usual top ten listing. It’s a weird number, but who cares. Here are my 11 favorite cinematic moments of 2018:

Game Night is straight up the year’s best comedy, from a bitingly clever The Game-style setup/satire, to a genuinely funny script that paces the jokes AND never outstays its welcome. Throw in a hilarious turn by Jesse Plemons as a socially awkward neighbor. The MVP is undoubtedly Rachel McAdams, whose timing and delivery makes you realize how little Hollywood allows her comedic sensibilities to shine. No small feat when she shares top billing with Jason Bateman. McAdams gives the single best line reading of 2018. Hers is the performance that keeps on giving. (See also: Bullet extracting scene.)

Anyone who’s seen Supercop or Crouching Tiger, Hidden Dragon knows that Michelle Yeoh is as formidable as they come. And yet, this mashup between Rachel Chu and Yeoh’s Eleanor Young is one for the ages. No actual punches are thrown here. Only warring ideologies and upbringings, and the clanging of mahjong tiles like fists making contact. Contextually speaking, they are not battling over Eleanor’s son, Nick Young. As much as Eleanor has made it clear that Rachel’s American-ness makes her illegitimate, Rachel asserts that her Asian-American identity is what makes her whole. (A powerful and charming inversion of the “you complete me” sentiment.) She’s got the upper hand. When she ups and leaves, she’s walking away with a renewed appreciation for her duality and her self-respect intact. This scene alone makes Rachel Chu a goddamn superhero in my books.

As an internet cultural critique, Ralph Breaks the Internet is quite scathing. Attention is literal currency in the digital sphere, human characters show little stimuli when viewing gifs and memes, and, in one scene, a character explores the depths of the dreaded comments section. As a meta-critique on Disney, it’s a lot more fun. Vanellope finds herself doing something all Disney princesses have done except her: break into song. Vanellope is torn between staying in her game, or joining Slaughter Race – a Grand Theft Auto-inspired sandbox. The filmmakers spin a lovable ode to West Side Story while capitalizing on Sarah Silverman’s voice and humor. (At one point she rhymes “deplorable” with “adorable.”) Riots and looting are going on as Vanellope twirls down a crime-ridden cityscape, hilariously juxtaposing Vanellope’s longing for identity and starry-eyed discovery of a new home rife with possibilities, and felonies. “Let It Go” and “How Far I’ll Go,” meet “Slaughter Race.”

Damien Chazelle joins an exclusive club of auteurs who’ve successfully tackled the space movie. (Stanley Kubrick, Ridley Scott, Alfonso Cuaron, Christopher Nolan) Needless to say, there’s a lot of expectation in going where other filmmakers had gone before. Chazelle does something none of the above had done: capture the no-holds-barred violence of space travel. We are often caught up in the spectacle and patriotism, of shooting a big ass object into the stratosphere with America’s flag all over it. Chazelle inverts the trope, choosing to confine his audience in the claustrophobia and the danger of being strapped to a combustible payload. The Gemini 8 sequence is shot entirely from the perspective of inside the spacecraft, where nothing but sheet metal and bolts separate them from the vastness space – a sobering display of heroism that is frankly quite terrifying.

Subversive horror is kind of having a moment right now. Films like Don’t Breathe, Get Out, and Hereditary took the basic setup of the classic horror subgenres and turned them on their heads. A Quiet Place is the anti-alien invasion movie – less on genre tropes and loaded with drama and execution. (With a script that would make Steven Spielberg green with envy.) Its harrowing first, Jaws-style kill alone conveys the worldwide devastation without words or a body count. Writer-star-director John Krasinski knows exactly what he’s doing when a spaceship toy becomes this family’s undoing. You see the terror on Krasinski and Emily Blunt’s faces, their helplessness as parents being unable to save a child from being a child. Whereas others might write off the beginning as “stupid” or a case of poor parenting, this will hit home for actual parents who’ve obsessively checked on their kids in the tub, using scissors, or simply holding a fork and knife at the dinner table. (Ask any parent; that impulse is primal.) You don’t know how the world ended, but you feel their powerlessness as their world ends – a feeling of dread that I myself as a parent still can’t seem to shake months later.

At this point, the only thing that can outdo the Mission: Impossible series is the next one. Each film since Ghost Protocol has presented a radical quantum leap for the franchise that I wouldn’t blame action directors for giving up entirely post-Fallout. This is the ballsiest studio action movie since Mad Max: Fury Road. So ballsy, in fact, that it throws Tom Cruise at an impossibly high altitude, and us along with him, literally. (It’s safe to say I will NOT be watching Fallout on an airplane.) We are made to feel that vertical drop – that perilous free-falling sensation given further oomph by Lorne Balfe’s pulverizing score. (Sonically, you forget that this is a Mission: Impossible movie.) I white-knuckled the armrest so hard that my hands are now Caucasian. Studios take note. THIS is how you do action.

I might be singing Annihilation’s praise now, but I gotta be honest, the film eluded and frustrated the hell out of me. As Lena’s journey progresses, conclusions become less obvious and more internal, profoundly abstract. Things echo and refract to the point that you’re never sure what’s real, so any conclusion-drawing feels perfunctory. The scene at the lighthouse in particular is wholly weird and madly cerebral, which is why it’s no surprise that it’s the dividing line for some viewers. It divided me for sure, yet I found myself coming back to it again and again. My ticket in was a crucial bit of dialogue from Kane: “Was I you? Were you me?” Lena confronts and is confronted quite literally by her self. The sequence has echoes of Peter Pan, Lena and her shadow engaged in the dance of life. We flirt with self-destruction. We battle, we undermine ourselves; we halt our progress to the point that death becomes the only way out. No, not suicide. Transformation – in the fullest biological meaning of the word. Annihilation challenged me and, in the end, consumed me. It feels like I myself am trapped in the shimmer. I gotta admit, I kinda like it here.

I realized I wasn’t watching another run-of-the-mill slasher movie about 30 min. in to David Gordon Green’s Halloween. Not only does Green echo John Carpenter’s original in fun and inventive ways, he cements it as a generational story. Allyson is Laurie’s 17-year-old counterpart. She IS Laurie; walking to school, looking out her classroom window, or running through suburbia and screaming for her life. Carpenter himself does Green a solid with a badass synth score to boot. Those keys are already fantastic, but throw in a thumping heartbeat of a bass drum and a siren from the depths and it easily makes Michael’s silhouette not only sinister and frightening, but downright mythic. David Gordon Green and John Carpenter achieved something we had long thought a lost cause: they made Michael Myers scary again.

Marvel films have no shortage of epic hero moments, from the hair-raising 360 degree shot in Avengers, to the final drill-standoff in Age of Ultron. Thor’s MVP-arrival in Wakanda is by far the most epic. I thought Thor was pretty damn compelling after losing Mjolnir. I preferred him without a trusty weapon at his side. I quickly stopped giving a shit mid-Nidavellir – scenes perfectly intercut with the looming conflict in Wakanda, driving the anticipation to a fever-pitch. As soon as the Bifrost came cascading down, the goosebumps came in droves, the applause near thunderous. I thought Ragnarok’s Immigrant Song was the best thing I’d ever seen in a Marvel movie. Seems only right that Thor is the one to top himself. Bring 👏 me 👏 Thanos 👏

It sounds hyperbolic to say, but Black Panther is absolutely Oscar-worthy. This scene here just about does it for me, meeting at the precipice of emotional resonance and performance. (I cannot watch this scene without weeping.) Killmonger, by all rights, could be the hero of the story. His is the origin of countless superhero narratives. His tragic upbringing, instead, forced him to identify with African-American injustice, and incarceration. Killmonger, the lost son, and N’Jobu, the shunned father, are confined to their apartment in Oakland even in the spirit realm. Ryan Coogler nurtures that quiet tragedy capped by a pair of heartbreaking performances by Michael B. Jordan and Sterling K. Brown. “Maybe your home’s the one that’s lost. That’s why they can’t find us.” For a moment, I forgot Killmonger was the villain.

Ally’s big moment easily takes the cake. Like, it’s not even fair. Bradley Cooper’s A Star Is Born intoxicates us with the allure of being on stage. (Cooper enhances the effect by shooting from behind the performers to evoke the sensation of looking out on the crowd.) From then on, we’re endeared to the down-on-her-luck Ally, who spends her days waiting tables and her nights performing showtune covers and thus, it’s never herself she gets to express. She’s starved for individuality, for her moment. (Things so few artists ever attain.) There’s a sadness in both Ally and Jackson as performers. They live for a single moment on stage. Moments come and go, but cinematic ones can be transporting, even life-affirming. When Ally hits the chorus, arms stretched out, we feel her release. It’s not a performance or a persona; it’s her. She finally gets that chance to be. A Star Is Born will wreck you, but this indelible moment here is euphoric. 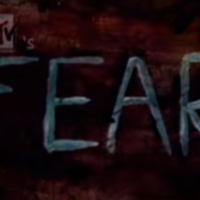 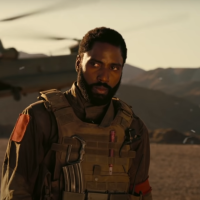 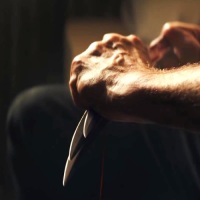