I understand and completely empathize with what you and Warner Bros. are doing. Theater chains are at risk and the longer the pandemic goes on, screens will vanquish by the whole. As a devout moviegoer, there is no greater existential crisis. We go to the movies, as you so eloquently put it, not to be alone— but to be together.

In the time of COVID-19, masks and social distancing are paramount, and a bunch of spectacle-hungry moviegoers packed in a theater is no bueno, very no bueno to prevention measures of the “new normal.” Because even as reopened businesses implement these safeguards, new clusters are emerging, and places like Florida, California, and Texas are hitting record single-day case counts. States all over the country are unintentionally (or perhaps very intentionally) one-upping each other. America is number 1 in the worst way possible.

It’s not an easy thing to say or make peace with. Shit, some of us were really hoping to see My Chemical Romance in concert this Fall, so we’ve all had to make sacrifices. I’m saying this as a fan of yours, the medium, and the exhibition: please delay Tenet until next year. 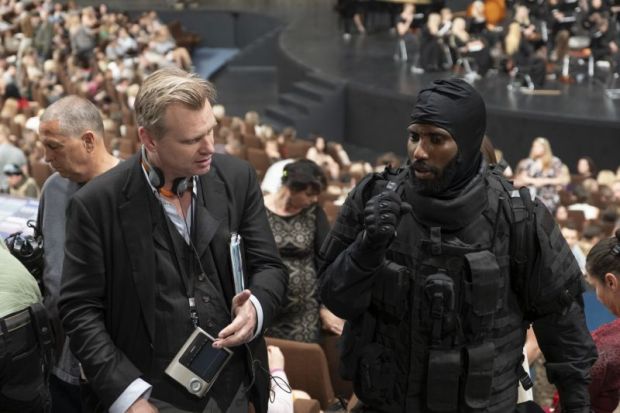 I don’t blame you or Warner Bros, nor Disney and other studios for the vote of optimism in May when it seemed there was light at the end of the tunnel. We toughed it out. We stayed home. For a time, we did it. We flattened the curve.

It seemed like a real possibility we could resume certain social aspects of our lives. Go to restaurants, bars, gyms, get a haircut maybe, or see a movie – albeit with modifications, but nevertheless it was a possibility again, whereas so many of us grappled with giving up the summer or the year entirely. Then we got cocky with our progress and assumed the hard part was over.

Then Memorial Day weekend happened. Governors acted like the Mayor from JAWS and insisted upon businesses and public spaces to reopen or stay open despite warnings that it was too soon. The worst projections and experts’ cautions of a second wave aren’t far-fetched anymore. It’s HAPPENING. We fucked it all up. We sodomized the goose that lay the golden egg. And it’s only beginning.

You might be asking why I’m addressing you specifically, Mr. Nolan. It’s because you have considerable sway in the industry. Heck, Warner Bros. only said yes to Inception because they needed you to make The Dark Knight Rises. And further, you got to make Tenet, an original property with all the studio backing to fully realize your vision, IMAX cameras and all. Meanwhile, Alfonso Cuaron, Martin Scorsese, Spike Lee, and David Fincher could only find financing for their passion projects through Netflix. You have influence in the industry and I know you know this.

How can any of us continue to be in the theater together if we’re checked into clinics or makeshift hospitals with ventilator tubes down our throats, or worse… You have the opportunity right now to set the precedent. You can stand up to Warner Bros. or stand together and put up a Bat signal to other studios and say ENOUGH with playing on our hopes and dreams of going back to “normal” normal by the end of July, no wait, August, or maybe let’s try September…

A month ago, I was on the fence as to whether I’d risk transmission just to see your latest mind-bender. Now, cinema is the last thing on my mind. Some of us are facing eviction this month. Others are reckoning with a change in careers, going back to school amidst COVID, or buckling down for a future where we’ll have to work for the rest of our natural lives after this is over. Studios might see this as reason to provide an escape at the movies, but there is no avoiding these tough conversations anymore. (In any case, there’s no shortage of entertainment at our disposal either.)

I’ve thought a lot about whether this is fair to put on you, and I know there are other variables at play here. I’m saying this because I’ve been a huge believer in you since before you took on my favorite comic book franchise. (I haven’t been very vocal about Memento or The Prestige on here and that’s on me.) I’m writing this as a fan, truly. But considering you get 20% of first-dollar grosses on your movies, you aren’t above scrutiny, and you certainly have the means to take a stand.

Releasing Tenet amidst a pandemic will be a disaster. Pushing back two weeks at a time just isn’t cutting it; delaying until November was your best option initially— and perhaps still might be if our state officials can get their shit together and commit to shutting everything down again.

We’re now facing a literal Mayor from JAWS scenario this Fourth of July weekend where the numbers are doomed to skyrocket. It took us 2 months to hit a million cases but only a span of 8 days to hit another million. We’re currently on track to hit 3 million, which will result in more deaths that could’ve been prevented had we taken this seriously sooner. So, Mr. Nolan, I implore you to read the room. Take the L. Swallow your pride – things our own government leaders are incapable of doing. 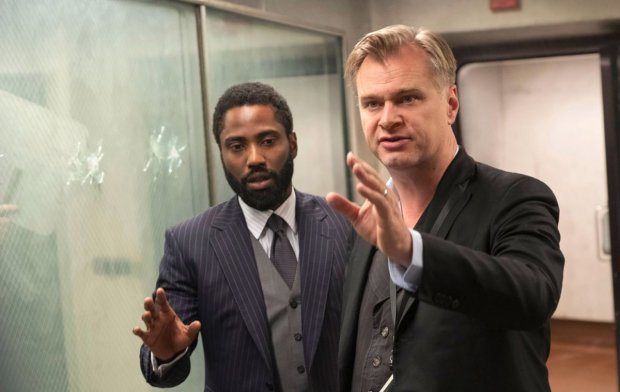 Not even your most devoted fans will be able to hold back the tide of critics or the social media mob. I defended you after Anne Hathaway’s words were taken wildly out of context, because you had senior actors like Michael Caine, Morgan Freeman, and Ellen Burstyn on your set, and surely they’d have to sit from time to time. But if just one cluster is linked to a screening of your movie, that’s it. The cinematic dream will be over with terrible, fatal consequences.

This isn’t a poster tagline anymore. Time is running out. I’m telling you now before it’s too late. This won’t be easy, but hard decisions need to be made now if we’re going to beat this thing. If you and Warners commit and put your foot down, Disney will get the memo and other studios will follow.

We humans may be stubborn, but if there’s one thing that’s true about us as a species it’s that we find ways to preserve the things we cherish. That’s never been truer in the case of movies. When digital cameras threatened to replace film stock, you advocated for celluloid to remain an option for all filmmakers. When ubiquitous digital projection threatened the cherished moviegoing experience of your youth, you made sure Dunkirk would be projected on 70mm film in more theaters than ever before, ensuring the format’s survival in the streaming era. Delaying the rest of 2020’s film slate will be tough but I assure you, we’ll find a way. You certainly did.

We have to do the hard part. Please, move Tenet to next year.