The dawn of the next generation of console gaming is here! Both the Xbox Series X and the PS5 are launching this week, though, from the looks of it on social media, it seems EVERYBODY has already gotten theirs except me. 😭

2020, frankly, has been a total downer of a year. Which is why I’m celebrating every minute of this next-gen rollout. I’m currently debating which console I’m treating myself to first— not just a matter of preference, but also getting a read on where my friends list is flocking.

But I’m getting ahead of myself. Just before we herald in the new gaming era, I’m taking one last look back on the current generation. Seeing as the next-gen launch slate is a little bare, I know this isn’t exactly the end for the Xbox One or PS4 just yet. But for the rest of us eager to make that sweet upgrade, we’ve certainly begun phasing ’em out. As a final salute, here is my ranking of the current generation consoles.

I have such a bone to pick with the Xbox One that this is gonna sound like a revenge post. But I’m being brutally honest here: the Xbox One sucked donkey dick.

I was given an Xbox One as a graduation gift so I’m trying to sound grateful. I hadn’t intended to get one right away – a lesson learned from the Xbox 360 and the dreaded “Red Ring of Death” of those early batches. Summer 2015, I found myself with an Xbox One and a whole lotta time on my hands. Admittedly, I was smitten off the bat. I enjoyed titles like Titanfall, Dead Rising 3, and the upgraded Battlefield 4, while replaying stuff like Gears of War and Mass Effect in glorious high-res.

But the romance wore off by the time Halo 5 and Gears of War 4 came out. I began experiencing serious drops in frame rate; saw missing textures in cut scenes, blank slates instead of detailed skies or buildings during gameplay, and routinely got kicked back to home screen mid-game. This, while my Xbox sounded like a Boeing 747. Aside from a Pearl Harbor of a press conference reveal, the Xbox One was primed to carry the baton coming off the ultra-successful Xbox 360, but the Xbox One never truly achieved liftoff as the successor next-gen console. The first gen of Xbox Ones only worked at 720p, and having to lug that additional Lego brick of a power cord made the first Xbox’s monstrosity look like a godsend.

This is the same console that Microsoft disastrously touted as “more than a gaming console,” yet could barely handle Battlefront or Battlefield at an optimal setting. Recent games like Control and Doom Eternal are virtually UNPLAYABLE with so many visual and performance hiccups, it’s frustrating beyond belief.

I would happily go back to those Red Ring days of the 360 than deal with the migraines of having an Xbox One: reinstalling games multiple times due to frequent errors, stalled startups, still unexplained crashes, and a mess of overheating issues. (Clearing data storage, hard resetting, I know all of Xbox One’s troubleshooting “solutions” by heart.) All this had me getting another Xbox One in 2016 altogether, which wasn’t a fix by the way; it was resignation. If Microsoft could make a console that you didn’t have to replace immediately after launch, that would be fucking SPLENDID.

How Microsoft went from the behemoth of the Xbox 360 to the flabby failure of the Xbox One is the stuff of Shakespearean tragedy. It’s clearly the in-between product— the terrible rough draft in which the Xbox One X was the proper console Microsoft should’ve come up with out the gate. But it came too late for this gamer to care. The damage was done.

If there was pride in owning a 360, then there was nothing but shame and regret in owning an Xbox One. I basically typed the last 500 words to say something that could be summed up in a line: the Xbox One was the worst this last generation had to offer. 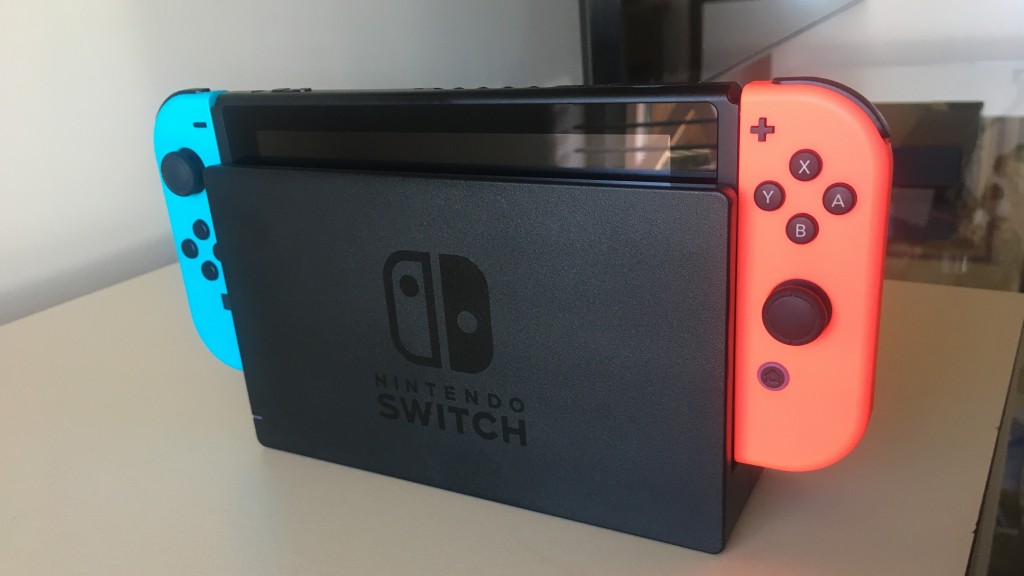 I’ve only had the Nintendo Switch for 6 months and it easily bests the Xbox One. What it lacks in size and output, it more than makes up for in creativity and innovation. A sleek and compact display, and controllers that easily fit your preference for play-style; ofttimes I don’t even play my Switch, I just stare at it in awe. I’m still losing my mind that I’m able to detach my Switch from the TV dock and go seamlessly into handheld without losing a second’s exploration in Hyrule. This is a feat of social engineering I’d expect from freakin’ NASA.

Nintendo stumbled out of the gate prior in the next-gen console race with the Wii U – its own innovative feat that suffered from poor marketing and third-party developers who couldn’t incorporate the Wii U controller’s display into a concrete gaming experience. Instead of licking their wounds, Nintendo remained steadfast and inspired, delivering a handheld-console hybrid that molds all of Nintendo’s trademark sense of fun, intuitive gaming into a complete party package.

Though the Switch’s output is a paltry 720p, I can happily overlook its limitations in favor of some truly colorful games worthy of Nintendo’s library. Super Smash Bros, Mario Kart, and Mario Party remain classic hangout hits. Splatoon 2 and Astral Chain were unexpected surprises for me. And I can’t get enough of Zelda: Breath of the Wild, a surefire contender for one of the best games of all time, though I’ve currently paused my progress in Hyrule to relive some Gameboy glory days playing Pokemon: Let’s Go Pikachu— where I’ve since regressed to being a 7-year-old again.

The Switch trades in souped-up specs for fun and imaginative gaming. I will happily take the latter over the former any day. I had a bunch of games in my Xbox library that I intended to play through, but it wasn’t my Xbox that got me through this pandemic. It was the Nintendo Switch, full-stop. 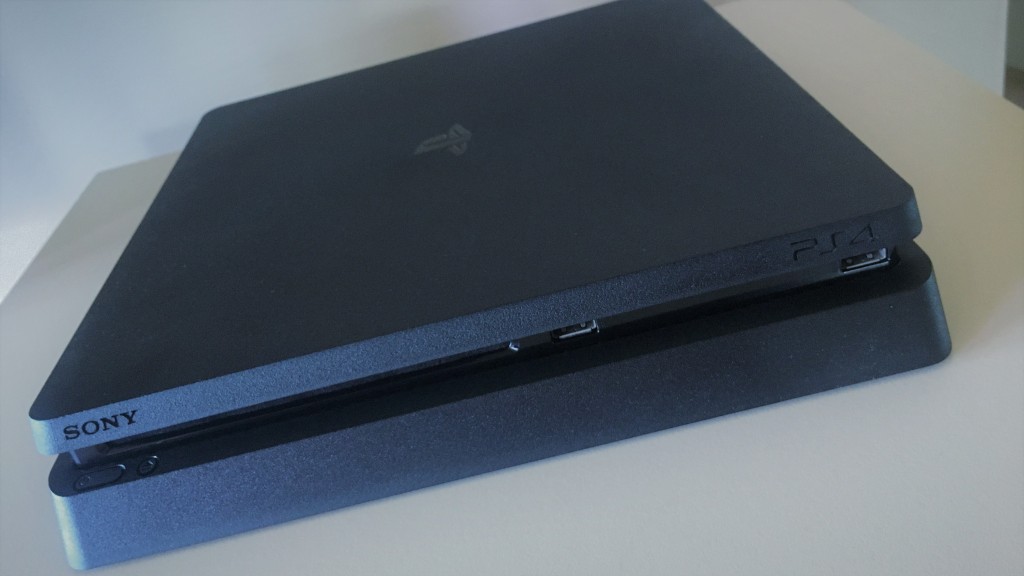 Sony bouncing back and retaking the throne previously held by the Xbox 360 will rank among the greatest comeback narratives in gaming mythology. Microsoft was the underdog in its 360 era facing off against the pricey PS3. Going into this current gen, it was Sony who now had to prove themselves, and they did that resoundingly with the PS4.

Microsoft had zip on epic exclusives this generation while Sony raked in the big bucks. Spider-Man, God of War, Uncharted, Horizon Zero Dawn, and later stuff like Last of Us Part II and Ghosts of Tsushima all showed off the breadth of the PS4’s dynamism, curve and all-out capabilities. The sheer wealth of exclusive offerings just goes to show a next-gen console is nothing without great next-gen games. Exclusive titles, too, reward loyal players; it makes them proud of the system they own, which Microsoft ought to take vigorous notes. The towering success of PS4’s library is a testament AND middle finger to anyone who says the single-player game is dead. The PS4 refined the experience into a damn art-form.

I’ve spent more time web-slinging and free-falling across the gorgeous New York skyline than actually completing the story in Spider-Man; I am still floored by Ghosts of Tsushima’s breathtaking rendering of its lush open-world in feudal Japan; and though a game like Death Stranding is so frustratingly elusive narrative wise, my jaw nonetheless drops whenever I set out on the dreary and rain-soaked (but no less epic) terrain of a fallen America. With Xbox One games, I tend to play straight through no questions asked. PS4 games, I’m more likely to settle in and free-roam. I get lost in exploration, and this has satisfied a thirst for wanderlust I didn’t realize I was yearning for throughout this pandemic.

Though I’ve experienced my fair share of technical hiccups, video games bottom-line run smoother on the PS4 than the Xbox One. For me, the Nintendo Switch beats the PS4 in design and versatility, but the PS4 straight up outperforms the competition. (Not once has the console crashed on me nor did I have to buy a replacement PS4, go figure!) In fact, I repurchased games like Doom Eternal and Control on PS4 just so I could experience them as they ought to be experienced, unimpeded and totally immersed in gameplay.

The PS4 is exactly what I think of when I hear “next-gen.” Sony’s reign brought on by the overwhelming success of the PS4 is sure to be a long, storied, and monolithic one. Going into this next console generation, Sony only has to worry about topping itself.