At the end of the 20th Century, the future of the Caped Crusader looked bleak at best. With a rather lackluster Batman Forever, followed by a total flop in the form of Batman & Robin, it seemed as though Hollywood would never be able to bring justice to Bruce Wayne’s story. Then, in the summer of 2005, Christopher Nolan reinvented the Batman mythology for modern audiences and gave us hope for the franchise. Batman Begins was a sign of something truly great, only no one could anticipate just how great the upcoming trilogy would be. Its sequel, The Dark Knight, elevated Batman from a mere comic-book adaptation to an enormously thrilling crime saga that stands as one of the defining movies of our time. Now, after a long road of spectacle and awe, Nolan and crew have returned to deliver an epic finale to top off the towering achievement known as The Dark Knight Legend. And on that note, I’d like to take a look back on Bruce Wayne’s journey from a boy who fell into a cave of his own fear to a man capable of rising from the darkness. This is a celebration of my favorite superhero and a dear friend. This is me saying goodbye to The Dark Knight.

END_OF_DOCUMENT_TOKEN_TO_BE_REPLACED 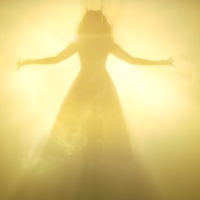